AMERICAN Idol fans are convinced that Katy Perry is pregnant with her second child after spotting her “baby bump”.

The 36-year-old singer – who welcomed her daughter, Daisy, in August – appeared as a judge in the ABC show’s season premiere on Sunday night.

Katy began filming the season just weeks after she gave birth to her first child with fiance, Orlando Bloom.

However, some viewers saw her incredible post-baby figure and speculated that she could possibly be pregnant again.

Fans flocked to social media to voice their theories that Katy might be expecting her second child.

Other viewers pointed out that Katy had clearly just given birth and told users to stop “fat-shaming” the Teenage Dream singer. 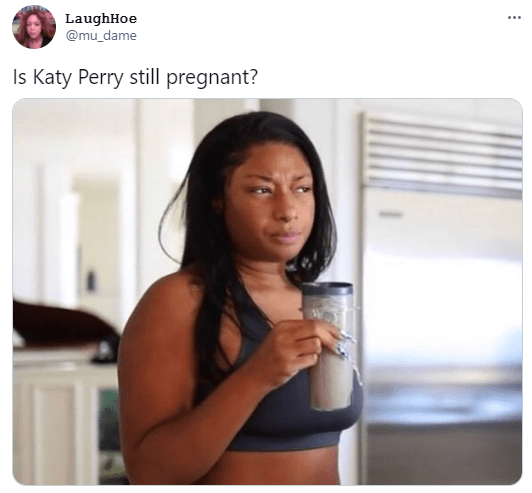 Some fans wondered if Katy was pregnant again

“Giving birth, then going back to work and breastfeeding, like — holy crap! This is what women do? Oh my God!”

Katy recently confessed that she’s been struggling to get any sleep since becoming a mother to Daisy Dove.

Others pointed out that she had just given birth

They called their daughter Daisy Dove

In a conversation with Hugh Jackman she admitted: “I’m a new mother.

“My daughter – she’s such a gift – but there is sometimes a challenge concerning sleep no matter how much support you have.”

“But where am I going to get those six hours that I used to get? Where did it go?”

Despite the lack of sleep, the hitmaker divulged that she finds peace in meditation.

Katy is a judge on the new season of American Idol

“There’s been so many different ways [transcendental meditation] has blessed me, but in this particular moment, as a new mother, I take 20 minutes,” she explained.

Katy shocked fans last week when she ripped off her wig to reveal her real hair underneath after appearing on Jimmy Kimmel Live.

The Daisies singer displayed her short blonde locks beneath the glossy black waves she rocked for her TV appearance.

“Everything is fake!” she declared, as she revealed her blonde hair slicked back to her scalp.