Stars like RuPaul and Laverne Cox paid tribute to the dance artist, calling him a “lovely gentle man” and a “gorgeous friend”.

Ari had played Tyrone Cohen alongside the RuPaul’s Drag Race host in his titular role. 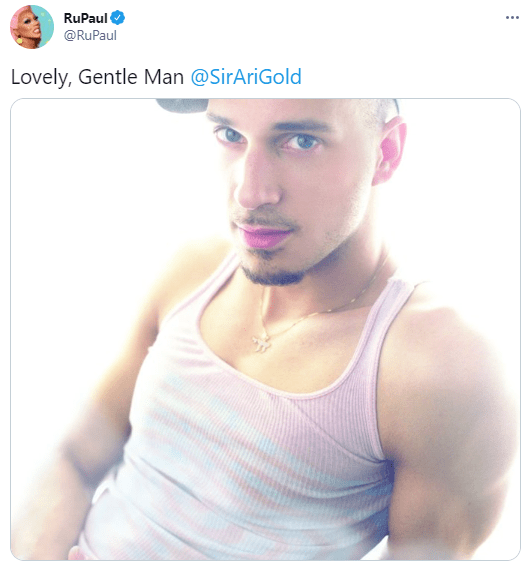 Alongside his tribute, RuPaul shared a conversation they had a year ago on his podcast A Kiki From the Cancer Ward.

Ari was best known for his 2007 song, Where The Music Takes You, which hit Billboard’s Top 10 Hot Dance/Electronic Songs Chart.

The Bronx native sung with Cyndi Lauper and Diana Ross and collaborated with Boy George, as well as opening for Chaka Khan.

The Emmy winner shared a montage with Ari

Laverne Cox shared a montage of sweet photos of her with Ari taken from throughout their 25-year friendship.

The transgender Emmy winner wrote on Instagram: “So many people have come and gone from my life over the past 25 years but you have been a constant.

“As I’ve grown and evolved, you evolved with me. The spiritual journey we’ve both been on has made it clear why we’ve remained in each other’s lives for so long.”

Laverne added: “I’m so utterly devastated that you’ve moved on today. But I know you’ll be watching over me as you always have.

“I’m so grateful to have known you. I’m better because you have been a part of my life. My brother! I love you so much! Rest in power!”

The star released seven albums throughout his career

Emmy-nominated YouTuber Randy Rainbow posted: “I think we only ever spent a few hours in each other’s company, but he was very supportive and his beautiful energy stayed with me.

“Incredibly sad to see this. #RIPAriGold.”

Ari released seven albums in his career, which kicked off in the early 2000s.

The music video for his track, Wave Of You, was reportedly the first from an openly LGBTQ artist to premiere on Logo.

What are the lyrics to Bruno Mars’ song Leave the Door Open?